The first 100 members to join become 1 of the TOP 100 FOUNDING MEMBERS.

This is an  honor that will never be offered again! 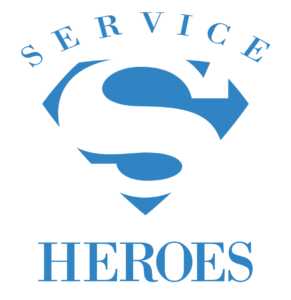 NOW YOU CAN help those facing Cancer Heal by BECOMING A REAL LIFE HERO WHEN YOU JOIN THE SERVICE HEROES CLUB !

Join today for only $29.99 /month and  get access to Tamara’s Service Hero Show. The FIRST 100 SERVICE HEROES CLUB CHARTER MEMBERS will be entered into weekly drawings for prizes, including being highlighted on her show.

Don’t miss out!  When you join today, you will be entered into a drawing to be featured on Tamara Hunter‘s show, “365 Days of Awesome; Celebrate Success Through Service.”  This offer will only be for the first 50 people that join.  Act fast!!!  This offer will not be made often.

You must be a SERVICE HERO MEMBER to become an honored Service Hero and Be Featured on Tamara’s Show!!!

By being one of the FIRST 100 to join, you will become a “SERVICE HEROES CLUB CHARTER MEMBER!”

Remember, by benefiting Chemo Buddies for Life with your monthly donation commitment of $29.99 shows you are a true SERVICE HERO – and that you do belong on TV with Tamara in the SERVICE HEROES CLUB!

Tamara Hunter is building a Service Hero Club – Get Involved and Get Featured on Tamara’s “365 Days of Awesome” Show, Recognizing Service Heroes.